SRISM was founded in 2020 in close collaboration between the Department of Sports Medicine of the Davos Hospital / Davos Sports & Health and the Swiss Institute of Allergy and Asthma Research (SIAF) in Davos. During its first year, it could already reach first milestones – for example the start of the first Swiss athletes registry for research purposes. The utilization of the state of the art facilities and the know-how of the cooperating, internationally highly respected SIAF, such as its own biobank, and the expertise of Davos Sports & Health, provide a basis for front research in the near future. 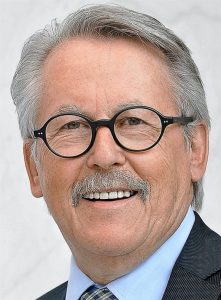 Board of Directors Hospital & Hochgebirgsklinik Davos

Dr. Beat Villiger, MD, got his Medical Degree at the University of Zurich and is specialized in Internal Medicine (FMH), Pneumology (FMH), Physical Medicine & Rehabilitation (FMH) and Sports Medicine (SEMS), while one of his main scientific interest has always been the effects of exercise and environment on pulmonary, cardiovascular, musculoskeletal and metabolic performance as well as on health and disease in (elite) athletes and the general population. Besides being Chairman of the Swiss Research Institute for Sports Medicine (SRISM) in Davos, he is still scientifically active as member of the Consensus Board for Lung Diseases in Elite Sports of the International Olympic Committee (IOC) and in the scientific boards of several international sports federations. He published more than 90 publications as well as several books and book chapters in basic and clinical science. In his professional career he served as Medical Director, CEO and Chairman in several medical centers and hospitals in Davos, Bad Ragaz, Nottwil and Lucerne, and was an instructor in medicine/long-time research associate at the Pulmonary Divison of the Washington University St. Louis (USA), and lecturer for pneumology and sports medicine at the Universities of Zurich and Basel. He was also long-time president  and became honorary member in 2018 of the Sports and Exercise Medicine Switzerland Society (SEMS) and served as Board Member of the Swiss Societies for Physical Medicine & Rehabilitation (SGPMR) and Pneumology (SGP). In national sports organizations, he served as Chief Medical Officer (CMO) of the Swiss Olympic Association (7 Olympic Games, 4 in leading position) and Swiss Ski Nordics for years and is a long-time member of the Medical Committee of the Swiss Ice Hockey Federation (SIHF). Internationally, he is a member of the Medical Committee of the International Ice Hockey Federation IIHF since 1995 and still responsible for the medical organization of the ice hockey tournaments at the Olympics (4) and the World Championships (25). In addition, he served as CMO in several clubs and for multiple national & international events in ice hockey, track and field, skiing, cycling and para-sports. 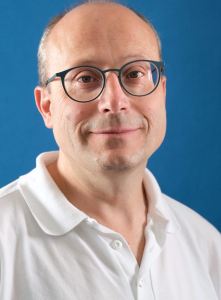 Dr. Walter Kistler, MD, got his Medical Degree at the University of Basel and is specialized in internal medicine (FMH) with an interdisciplinary focus on clinical sports medicine (SEMS), emergency medicine (SGNOR) and manual medicine (SAMM). He is head of the Department of Sports Medicine of Davos Sports & Health, Davos Hospital, an approved Swiss Olympic Medical Center. Dr. Kistler is the Chief Medical Officer of Hockey Club Davos since 2010. Also, he serves as Swiss Ski association doctor for cross-country skiing (since 2008) and biathlon (since 2021). He further supervises a great number of Swiss sports events, for example Davos Nordic (FIS-World Cup, cross-country), Spengler Cup Davos (ice hockey), Art on Ice (figure skating), the Swiss Olympic Gigathlon and Swiss Alpine Marathon (to mention a few). He consults the Swiss Ice Hockey Federation (SIHF) as a member of the COVID-19 Task Force. Since 2021, he is the medical director of the sports commission of the municipality of Davos. He is a member of the scientific committee of Mediweek Davos, organizes the Sports Medicine Symposium Davos and is a lecturer for sports medicine at the University of Zurich and in courses of the Sports and Exercise Medicine Switzerland (SEMS). Throughout his clinical career, he has been continuously involved in research and published 16 papers in peer-reviewed journals. 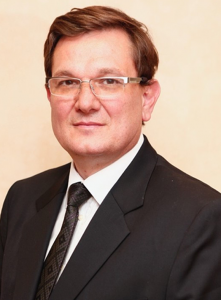 Director of Swiss Institute of Allergy and Asthma Research (SIAF)

Prof. Dr. Cezmi Akdis, MD is the Director of the Swiss Institute of Allergy and Asthma Research (SIAF), Davos, Professor in Zurich University Medical Faculty, and one of the directors of the Christine Kühne-Center for Allergy Research and Education, Davos, Switzerland. He was the President of the European Academy of Allergy & Clinical Immunology (13’000 members) between 2011-2013. Executive Committee Member between 2003-2015 and Vice President between 2007-2011. Prof. Akdis’ research has been focused on immune tolerance mechanisms in humans, developing novel vaccines and treatment modalities, and regulation and role of tissue cells and epithelial barrier in asthma and allergies. He has strongly contributed to the initiation of disease endotypes and precision medicine concepts in allergies and asthma. He has been continuously performing vaccine, human immunology, lung and skin research to find solutions for allergies and asthma. Prof. Akdis has published more than 570 articles and 60 books and book chapters. H-index: 109, total number of citations more than 43’500 (Web of Science), (h-index: 129 and 67’800, Google Scholar). He is selected to ISI Web of Science, Thomson Reuters (Clarivate) Highly Cited Researcher, Most Innovative Minds List during the last five years. He is the editor of four Global Atlases. Global Atlas of Allergy (written by an international group of 183 opinion leaders, and includes 274 illustrations and 100 tables), Asthma (written by an international group of 80 opinion leaders, and includes 147 illustrations and 46 tables) and Allergic Rhinitis and Chronic Rhinosinusitis (written by an international group of 218 opinion leaders, and includes 269 illustrations and 92 tables). These atlases have been downloaded more than 170’000 copies and 35’000 copies distributed in print. They are translated to Chinese and Spanish. He served in the JACI as Editorial Board member (2003), Associate Editor (2007-2015), Co-Editor-in-Chief 2015-2018. He is currently the Editor-in-Chief of Allergy, IF:13.15. Prof. Akdis is the founder and organizer of World Immune Regulation Meetings, Davos I-XV (600-1000 participants). One of the founders and Past Chairs of International Coalition in Allergy and Asthma (iCAALL), a presidents’ network between 4 main organizations in the area of allergy and clinical immunology, European Academy, American Academy, American College and World Allergy Organization, and one of the founders and executive committee member of Global Allergy and Asthma European Network (GA2LEN). He was honored with several international honors and awards, such as Ferdinand Wortman Prize, 1996; Hoechst Marion Roussel Award, 1998; Professor Hans Storck Award, 1998; Dr.-Karl Heyer-Preis, 1998; Sedat Simavi Medicine Award, 1998; Allergopharma Award, 2001; European Allergy Research “Gold Medal”, 2004; TUBITAK Exclusive Award, 2007; BUSIAD Award 2012; World Allergy Organization Award, 2013; AAAAI, Elliott Middleton Memorial Lecture, 2014; World Immunology Day Lectures, 2014 and 2017 and EAACI Paul Ehrlich Award 2016; Honors given by the Ozbekistan Academy of Sciences, 2015 and Capital University of Beijing, 2015, Swiss Society of Allergy Immunology, 2017. Canton of Grisons’s Recognition Prize, 2020, Harold-Nelson Honorary Lecture of the AAAAI, 2021, Erich Fuchs Award from the German Society of Allergology, 2021, APAACI Award, 2021. He is an honorary Professor in Capital Medical University, National Tongren Hospital, Beijing Institute of Otolaryngology, China and Wuhan University, Hubei, China and Uludag University, Bursa, Turkey. Prof. Akdis is a Senate Member of the Swiss Academy of Medical Sciences, and honorary member of the Swiss Society of Allergy Immunology (SGAI-SSAI) and EAACI. 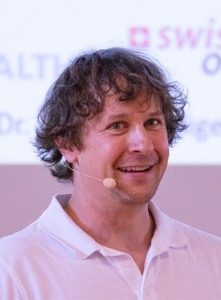 Dr. Michael Villiger, PhD is the head of Performance and Research of Sports Medicine of Davos Sports & Health, Davos Hospital, an approved Swiss Olympic Medical Center. He got his Degree at the ETH Zurich and is a specialist in movement and exercise science and performance testing with an interdisciplinary focus on biochemical-, neuro- and sports science (SGS) and health and sports medicine (SEMS). Dr. Villiger is also the Chief Innovation Officer and Co-Owner of Fusion.Robot, a Sport-/Tennis Teacher Instructor (BASPO) and Supervisor/Examiner at THIM University of Applied Sciences. In his professional career he served as a Researcher in several institutes (SUPSI, Uni/ETH Zurich, Balgrist University Hospital, PUK, University of Calgary) and was the Head of Scientific Training at THIM. He lectures, educates and trains students (physical therapy, health and sports science) and was responsible for the development and testing of new rehabilitation and medical systems combined with virtual reality, functional MRI, gait analysis, (neuro)physiological and psychological tests. Furthermore, he collaborates with various research (e.g. SIAF and AO Foundation) and educational (e.g. SSGD, Talent School Davos and FHGR) institutes, sports associations and clubs (e.g. Swiss Ski and HCD) or companies and tourism organizations (e.g. Idiag AG, CSEM and DDO). 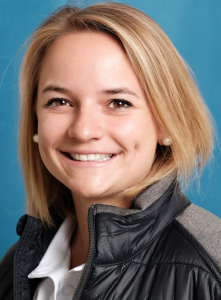 Resident physician and research associate at Department of Sports, Exercise and Health

of the University of Basel

Dr. Debbie Maurer, MD, is a resident physician at the Department of Sports, Exercise and Health of the University of Basel, Switzerland. She completed her medical studies in 2019 at the University of Zurich. She started her residency at the Department of Sports Medicine of Davos Sports & Health, Davos Hospital and worked as a research associate at the Swiss Institute of Allergy and Asthma Research (SIAF), where her main research interest was in sports medicine and exercise immunology. As one of SRISM’s co-founders, she was greatly involved in its establishment and in the planning and execution of its first research projects. In 2020, she joined the International Olympic Committee (IOC) Medical’s research group at the Youth Olympic Games in Lausanne to conduct a surveillance study on athlete injury and illnesses during the games. Since 2021, she works as a team doctor for Switzerland’s U18 women’s ice hockey national team.